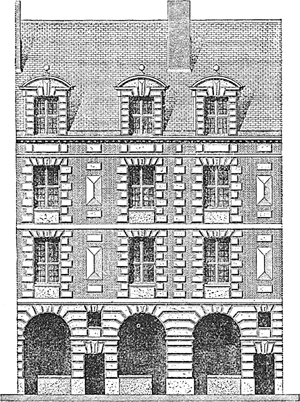 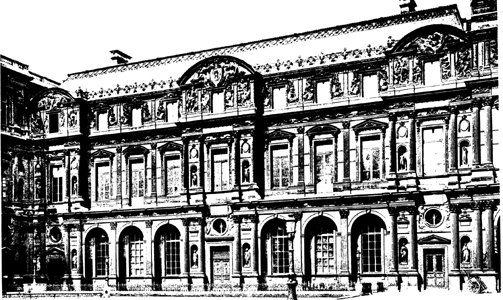 Henri II style: west side of the Court of the Louvre
A permanent border of nonwoody perennials, often against an evergreen background or a stone wall.
McGraw-Hill Dictionary of Architecture and Construction. Copyright © 2003 by McGraw-Hill Companies, Inc.

Feedback
Flashcards & Bookmarks ?
Please log in or register to use Flashcards and Bookmarks. You can also log in with
Flashcards ?
My bookmarks ?
+ Add current page to bookmarks
References in periodicals archive ?
A Herbaceous borders are low maintenance but are best cut back each spring.
Gardening Q & A; flowers
Although hellebores, which can be deciduous or evergreen, tend to only grow to a couple of feet, they don't need to be at the front of the herbaceous border as there won't be anything stealing their thunder at this time of year.
HELL'S belles
Has the sun failed to shine on your herbaceous border?
WIN A GARDEN MAKEOVER
DELPHINIUM A MAGNIFICENT plant, the backbone of many an English herbaceous border or cottage garden, the delphinium stands tall, covered in flowers.
PLANT OF THE WEEK
One gardener will advise on ferneries, heather beds and rockeries while others can give general advice at sessions held in the garden's Lavender Court in the Garden Rooms On Thursdays, from 11.30am to 12.30pm, there will be advice from gardeners in the walled garden and herbaceous border ,while on Fridays from noon to 1pm visitors can learn how the Dyffryn experts care for the turf on the croquet lawn.
Gardeners offering advice to visitors at historic grounds
With its huge leaves and bright red stalks, it makes a spectacular addition to a herbaceous border, vegetable patch and even large containers on the patio.
Stick around
denticulata, which bears mauve lollipop flowers on stout 45cm (18in) stems and looks lovely in the herbaceous border. White varieties are also available, flowering in mid-spring and early summer.
BEST OF THE BUNCH
Grow them in the herbaceous border or a winter border under shrubs, under witch hazel, which is twiggy in winter, or in a mixed border.
Splash of winter colour
With its huge leaves and bright red leaf stalks it makes a great addition to an herbaceous border and even large containers on the patio.
Gardens: RHUBARB; Offer it
It does well in hot, dry sites in sandy or even chalky soils, and looks great in a mixed or herbaceous border or as ground cover.
gardening: How to grow achillea (yarrow)
THINK of an herbaceous border and it conjures up images of elegant Edwardian ladies strolling gracefully on the lawn of a country house garden, admiring the riotous display of beautiful summer colour in the long, flower-packed, yew hedge-backed border.
BORDER Patrol
MAINSTAYS of the herbaceous border, heleniums will warm the garden with fiery colours just when other perennials are beginning to fade.
Hel'uva show
Encyclopedia browser ?
Full browser ?
CITE
Site: Follow: Share:
Open / Close