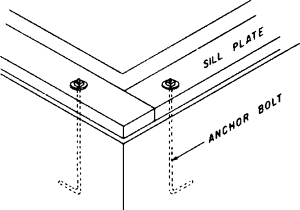 Feedback
Flashcards & Bookmarks ?
Please log in or register to use Flashcards and Bookmarks. You can also log in with
Flashcards ?
My bookmarks ?
+ Add current page to bookmarks
Mentioned in ?
References in periodicals archive ?
Then reinstall the ignition coil, hold-down bolt and coil electrical connector.
How to change your spark plugs
Some mechanics have used a battery hold-down bolt, NSN 5306-00-739-7754, hooked to the chain's last link, to thread it through the cover.
Tailgate chain cover
And if desired, Universal 1 pumps can be upgraded to include Wright's rotorcase hold-down bolts, fixing the rotorcase to the gearcase even when the cover is removed to prevent damage to seals and rotors during routine maintenance and cleaning.
Doing things the Wright way
He didn't weld the tube ends closed in case he wanted to access the hold-down bolts in the future.
Oil-slick! Indiana collector adds personal touch to a rare Evans oilfield engine
The shorter, 34 m towers, along with 64 ground anchors, re engineered hold-down bolts, and 80 [m.sup.3] concrete foundations, ensure a more stable structure.
Extreme power: after a ten-year planning phase, specially adapted wind turbines are now exceeding expectations at Mawson Station in Antarctica, showing the way ahead for wind power engineering in the most severe conditions
A universal socket is used to tighten nuts on hold-down bolts, and screws at the top of the frame install with a typical impact driver.
Products: structural integrity
The 55-lb vise, designed especially for Bridgeport-type machines, has hold-down bolts on 5[inches] centers and side hold-down rails for any T-slots.
Vise squad takes the field
A typical example might be an electric motor with four hold-down bolts. The two bolts on either side of the motor can be considered the ends of a beam in the clamped-clamped configuration.
Putting a damper of resonant frequencies
Cutting off the corroded hold-down bolts was a lot faster than trying to unscrew them.
Oscillating tool tips: real-world advice from our Field Editors
The flange on top of the pipe secures the hold-down bolts, and any damage to this flange should also be repaired.
Do it yourself
* Two bolts to check before leaving the motor pool are the cab hold-down bolts. Crews remove the bolts to tilt the cab for PMCS.
Listen to the voices of experience
Once the new plugs are in, remove the valve cover hold-down bolts, noting the length and location of each bolt.
Fix a leaking valve cover gasket