[ig′nīd·ər]
(engineering)
A device for igniting a fuel mixture.
A charge, as of black powder, to facilitate ignition of a propelling or bursting charge.
McGraw-Hill Dictionary of Scientific & Technical Terms, 6E, Copyright © 2003 by The McGraw-Hill Companies, Inc. 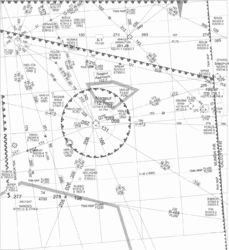 Igniter.
A device used to begin and/or maintain combustion of the fuel-air mixture. On most engines, the igniters are switched off after the combustion becomes self-sustaining after starting the engine.
An Illustrated Dictionary of Aviation Copyright © 2005 by The McGraw-Hill Companies, Inc. All rights reserved

Feedback
Flashcards & Bookmarks ?
Please log in or register to use Flashcards and Bookmarks. You can also log in with
Flashcards ?
My bookmarks ?
+ Add current page to bookmarks
Mentioned in ?
References in periodicals archive ?
While the flares were sealed as a part of the manufacturing process, it appeared that excess moisture in the production environment may have caused the magnesium pellets in the igniters to oxidize to the point at which ignition of the grain was compromised.
Using Value Engineering to reduce life cycle cost
The new igniter is approximately 18 inches in diameter and 36 inches long.
NASA's Ares I rocket first stage igniter successfully tested
The electric fuse igniter deserves a special attention.
Designing the chemical kinetics calorimeter as a tool for advanced thermochemical research
Apricorn's Dual Igniter 400 also features automatic configuration, enabling users to simply plug it into the computer in for easy operation and device identification.
APRICORN INTRODUCES 1394 CARD FOR NOTEBOOK COMPUTERS
The igniter and flame sensor are located inside a sealed combustion chamber and aren't usually visible.
Diy furnace repair: the most common repairs are easy--and you can save $200 in 15 minutes
The dispenser is part of the effort by Sandia and EG&G to automate the entire fabrication process for actuators and igniters in Miamisburg, eliminating worker exposure to explosion by using small robots for component and powder handling.
Controlling explosions
Detonator or igniter sets off burster or main charge (filler)
Milking is deadly
Then when it's time to start up again, fog oil is blown onto the igniter. You can't fire up the turbine.
Dry out wet igniter
If your oven still won't light, you probably need a new igniter. Even if you see the igniter glowing, it can be faulty.
Best kitchen appliance fixes: a little time and a little know-how can save you big bucks!
Working from the back of the launcher, place the aft igniter arms in the firing position and scrub the side and aft contacts with a stainless steel brush.
Better launching through PM