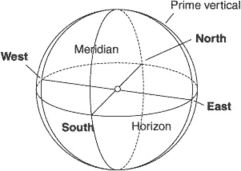 Feedback
Flashcards & Bookmarks ?
Please log in or register to use Flashcards and Bookmarks. You can also log in with
Flashcards ?
My bookmarks ?
+ Add current page to bookmarks
Mentioned in ?
References in periodicals archive ?
At the four intercardinal points lie the sacred mountains on which the ancestors and spirits of nature reside.
The poetics of the ancestor songs of the Tz'utujil Maya of Guatemala