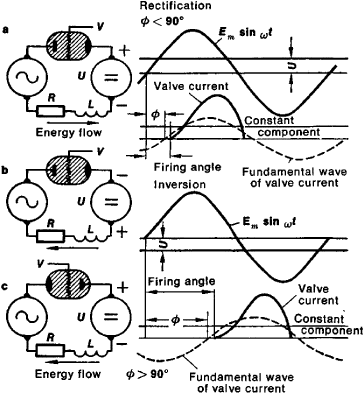 Feedback
Flashcards & Bookmarks ?
Please log in or register to use Flashcards and Bookmarks. You can also log in with
Flashcards ?
My bookmarks ?
+ Add current page to bookmarks
Mentioned in ?
References in periodicals archive ?
Cai, "Analysis of voltage distortion for parallel PWM inverters with L filter," in Proceedings of the IEEE 7th International Power Electronics and Motion Control Conference--ECCE Asia (IPEMC '12), pp.
An Optimal Current Controller Design for a Grid Connected Inverter to Improve Power Quality and Test Commercial PV Inverters
On the basis of system type, the global market for solar micro inverters is expected to be dominated by Stand Alone system sales, followed by micro inverter systems sold for developing AC Modules, named as integrated systems.
Valuation of Solar Micro Inverters Market to Reach US$ 488.2 Mn in 2016
Shams solar inverters were launched in the presence of Ralf Hofmann, CEO of KACO New Energy and Dr.
Saudi unveils first PV inverter factory
TEHRAN (FNA)- Using 3-D printing and novel semiconductors, researchers created a power inverter that could make electric vehicles lighter, more powerful and more efficient.
Electric Vehicle Tech Packs more Punch in Smaller Package
Pull into any truck stop in the USA and you'll likely see a variety of small inverters for sale in the display case, ranging in price from $50 to $500.
Inverters: change DC current to AC
There are some papers on various topologies and advantages of multilevel inverters such as [13]-[17].
OPERATION INVESTIGATIONS OF DIFFERENT PERMANENT MAGNET BRUSHLESS DC MOTOR DRIVES
With the improvement in solar power technology, and increasing reliability and affordability quotient, the solar PV inverters market is moving on an upward trajectory.
Solar PV Inverters 2019 Global Trends, Market Size, Share, Status, SWOT Analysis and Forecast to 2025
In (4), [G.sub.11] reflects the relationship between the output voltage and the output current of single inverter. [G.sub.12] reflects the relationship between the output voltage of other inverters and the output current of the single inverter.
Stability Analysis of Multi-Inverters Grid-Connected System Using Improved Current Source Impedance Ratio Criterion
The SG125HV, the world's most powerful 1500Vdc string inverter rated at 125kW, is claimed to work stably in complete power operation without de-rating at 50 degrees Celsius, maximising the return on investment for project owners.
Sungrow introduces new 1500V string and central PV inverters and commercial string inverters at Renewable Energy India Expo 2017
EcoStar presents the new IRIS Series Inverter with a sleek built design and a large LCD display for clear demonstration of operations.
EcoStar IR-2440 Inverter: an all-in-one device
Due to the reason of familiarity, the conventional LCL-filter is still used as the output filter benchmark for the comparison between several classical inverters. In this paper, typical full-bridge single-phase grid-tied inverters with the different power sources are introduced.
Hysteretic controlled Buck Boost Fed PV Inverter System with LCLC filter