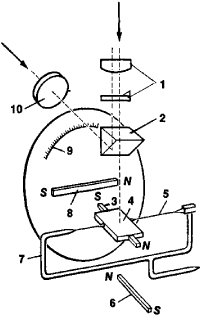 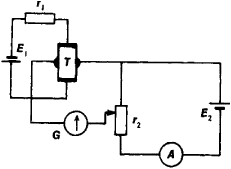 Feedback
Flashcards & Bookmarks ?
Please log in or register to use Flashcards and Bookmarks. You can also log in with
Flashcards ?
My bookmarks ?
+ Add current page to bookmarks
Mentioned in ?
References in periodicals archive ?
Here, we develop a dedicated PSO algorithm for tracking the target based on a scalar magnetometer array and give the pseudocode of the algorithm.
A Method to Remotely Track a Magnetic Target Using a Scalar Magnetometer Array
According to the micro navigation system of low cost Micro IMU, magnetometer, and a single antenna GPS receiver, the aforementioned attitude estimation approaches utilizing different sensors separately are difficult to provide reliable estimation due to sensor errors and dynamic environmental variations.
Attitude Determination Method by Fusing Single Antenna GPS and Low Cost MEMS Sensors Using Intelligent Kalman Filter Algorithm
Figure 2 shows the result before and after magnetometer calibration using ellipsoid fitting algorithm.
Magnetometer error models of low-cost land vehicle navigation system
The objective of this work has been to describe an implementation of a tilt compensated eCompass using accelerometer and magnetometer. The accelerometer sensor output is used by the tilt compensated eCompass algorithms to compute the roll and pitch angles.
Tilt compensated eCompass
pus magnetometer and gyro measurements are used to provide pese two vectors (which are namely: pe earp's magnetic field vector and pe angular velocity vector) required by pe attitude estimation algoripm to solve pe attitude problem unambiguously.
Concurrent Spacecraft Attitude and Orbit Estimation wip Attitude Control Based on Magnetometer Gyro and GPS Measurements prough Extended Kalman Filter
The control software of the node manages the magnetometer data reading as well as single packet transmitting/receiving tasks.
Tiny low-power WSN node for the vehicle detection
Therefore, some systems use accelerometers' gravity observation and magnetometers' magnetic observation to guarantee attitude estimation accuracy, by either switching to attitude estimation mode during GPS outage [6] or adopting cascaded integrated structure [7, 8] instead of loosely coupled structure.
A miniature integrated navigation system for rotary-wing unmanned aerial vehicles
Several important parameters can affect the magnetometer sensitivity, namely, the laser power; the laser beam profile, the rf field power, the cell size, the buffer-gas pressure, and the density of Cs atoms (which depends on the temperature).
High sensitivity optically pumped quantum magnetometer
The wind computation was clearly off because of erroneous heading information being fed into the air data and heading reference system (ADHRS) computer by two highly sensitive magnetometers (one for each unit).
When magnetometers (and compasses) go bad: the heading side of your glass panel can get confused by well-known geographic features and other issues. Check your charts to avoid one common cause
All observations were made from my home in Basingstoke, UK using the UKRAA magnetometer and VLF receivers.
The geomagnetic storm of 2012 July 14-16
Scientists have concluded, based on images of shifting surface features and data from a magnetometer aboard the Galileo spacecraft, that Europa hides a liquid ocean beneath its icy crust.
Back story: extraterrestrial oceanography