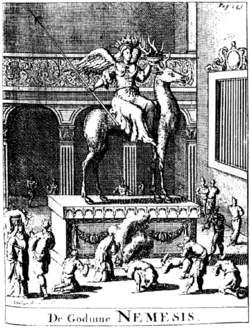 [′nem·ə·səs]
(astronomy)
A hypothetical, undetected, brown-dwarf companion of the sun, in a highly elongated orbit that would cause cometary material in Oort's Cloud to fall toward the inner region of the solar system approximately once every 2.8 × 107 years.
McGraw-Hill Dictionary of Scientific & Technical Terms, 6E, Copyright © 2003 by The McGraw-Hill Companies, Inc.