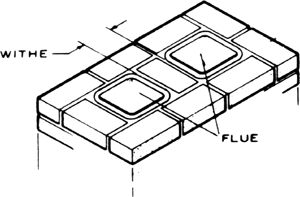 witch door
1. A partition dividing two flues in the same chimney stack.
2. A flexible, slender twig or branch; an osier; esp. used to tie down thatching on roofs.
3. Each continuous vertical section of wall, one masonry unit in thickness.
McGraw-Hill Dictionary of Architecture and Construction. Copyright © 2003 by McGraw-Hill Companies, Inc.

1. any of various willow trees, esp Salix viminalis, whose flexible branches or twigs are used for making baskets, etc.
a twig or branch from such a tree
2. any of several North American dogwoods, esp the red osier

Feedback
Flashcards & Bookmarks ?
Please log in or register to use Flashcards and Bookmarks. You can also log in with
Flashcards ?
My bookmarks ?
+ Add current page to bookmarks
Mentioned in ?
References in periodicals archive ?
"We are also appealing to anyone who has any CCTV or dashcam footage in the area, and surrounding area of The Osiers, to please check this as you could hold vital information."
| The van pictured in the house in The Osiers, Loughborough.
Van ends up in front of town house; Police still appealing for information
Osier beds lined the flat low road in this vicinity.
The railways changed the 'pretty little village'
These three willow species are suggested to use for coppicing (see "To Learn More." Page 130, for mail-order sources for these species and others): Golden Willow (Salix alba vitellina): This species includes many varieties with beautiful yellow-orange osiers, and it's the most cold hardy of willows grown for coppice.
purpurea): Purple willow can be found in many forms, including named varieties, most of which produce purple osiers. This is the most popular willow grown for coppice, Hardy to Zone 4.
By growing new willows from cuttings, you can expect good osier production within three years.
Make simple, beautiful garden fences and trellises: have fun with sticks transform them into useful, attractive wattle and wickets
Mr Osier added that Wright had been treated well during the time he was held in police custody.
Mr Osier said Wright was formally charged with the murders of Annette Nicholls, Tania Nicol, Gemma Adams, Paula Clennell and Anneli Alderton at around 10pm last night.
Mr Osier said Wright was aware of the press coverage surrounding the case.
Accused of murder; Prostitutes case man wanted to appear smartly dressed
Two other streams also supplied the pool, one from the railway bridge in Quinton Road which ran through the osier bed before entering the pool, and one from the direction of Whitley Common.
ANY QUESTIONS; Old Cheylesmore: Land of deer and birds