(redirected from paid back in their own coin)
Also found in: Dictionary, Thesaurus, Medical, Legal, Financial.

coin, piece of metal, usually a disk of gold, silver, nickel, bronze, copper, aluminum, or a combination of such metals, stamped by authority of a government as a guarantee of its real or exchange value and used as money. Coinage was probably invented independently in Lydia or in the Aegean Islands and in China before 700 B.C. The earliest known example is an electrum coin (c.700 B.C.) of Lydia. The first U.S. mint was established in 1792. Mottoes used on many U.S. coins are “E Pluribus Unum” (1795) and “In God We Trust” (1864).

No gold coins have circulated in the United States since 1934, when the domestic gold standard was abandoned. Until 1965, silver was used in the minting of dimes and quarters, but by the 1980s silver had disappeared from American coinage altogether. The cost of minting a penny has led a number of nations, including Australia (1964), New Zealand (1989), and Canada (2013) to end the circulation of that coin. In the mid-1990s, the European Union developed a common currency for its members. The new currency, called the euro, was inaugurated in 1999; coins and notes went into circulation in 2002, replacing the currencies of most EU members (see European Monetary System). Canada introduced the first colored coin for circulation in 2004; it was a quarter featuring a poppy. 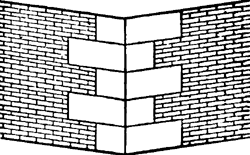