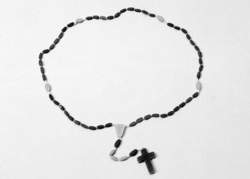 Feedback
Flashcards & Bookmarks ?
Please log in or register to use Flashcards and Bookmarks. You can also log in with
Flashcards ?
My bookmarks ?
+ Add current page to bookmarks
Mentioned in ?
References in periodicals archive ?
After separating and purifying extracts from the rosary pea, Kinghorn thought he and his colleagues would find glycyrrhizin, a sugar compound in licorice, but instead they found new sweet compounds called abrusosides.
To obtain the needed regulatory approval to market the new sweeteners, Kinghorn believes they would have to be separated from other constituents in the rosary pea leaves.
Naturally sweet