sand, rock material occurring in the form of loose, rounded or angular grains, varying in size from .06 mm to 2 mm in diameter, the particles being smaller than those of gravel and larger than those of silt or clay. Sand is formed as a result of the weathering and decomposition of igneous, sedimentary, or metamorphic rocks. Its most abundant mineral constituent is silica, usually in the form of quartz, and many deposits are composed almost exclusively of quartz grains. Many other minerals, however, are often present in small quantities, e.g., the amphiboles, the pyroxenes, olivine, glauconite, clay, the feldspars, the micas, iron compounds, zircon, garnet, tourmaline, titanite, corundum, and topaz. Some sands—e.g., coral sands, shell sands, and foraminiferal sands—are organic in origin. Sand grains may be rounded or more or less angular, and differences in shape and size account chiefly for differences in such important properties as porosity (proportion of interstices to the total mass), permeability to gases and liquids, and viscosity, or resistance to flow. Permeability and viscosity are also affected by the proportion of clayey matter present. The chief agents in accumulating sands into deposits are winds, rivers, waves, and glaciers; sand deposits are classified according to origin as fluviatile, lacustrine, glacial, marine, and eolian. The most extensive superficial deposits are seen in the desert and on beaches. The surface of a sand deposit may be level or very gently sloping, or the sand may be gathered by wind action into ridges called dunes. Sandstone and quartzite rocks are indurated masses of sand, and sand deposits are sometimes formed by the weathering of sandstone and quartzite formations. Sand is used extensively in the manufacture of bricks, mortar, cement, concrete, plasters, paving materials, and refractory materials. It is also used in the metallurgical industry, in the filtration of water, in pottery making, in glassmaking, in the manufacture of explosives, and as an abrasive. Other industrial uses are numerous. Although soils entirely composed of sand are too dry and too lacking in nourishment for the growth of plants, a soil that is to some extent sandy (a “light” soil) is favorable to certain types of agriculture and horticulture, as it permits the free movement of air in the soil, offers less resistance than a clay soil to growing roots, improves drainage, and increases ease of cultivation. Sand to which nutrient solutions have been added is often used in soilless gardening.
The Columbia Electronic Encyclopedia™ Copyright © 2022, Columbia University Press. Licensed from Columbia University Press. All rights reserved.
The following article is from The Great Soviet Encyclopedia (1979). It might be outdated or ideologically biased.

small fragments of loose sedimentary rock or contemporary sediment. Sand consists of round and angular grains of various minerals and rock fragments ranging from 0.1 to 1 mm (from 0.05 to 2 mm or larger, according to other classifications). It also has admixtures of silt (aleurite) and clay particles.

Sand may be designated by its origin as river, lake, sea, fluvioglacial, or eolian sand. In terms of mineralogical composition the most common sands are quartz, glauconite-quartz, feldspar-quartz, and mica sands. Sand may contain valuable minerals— gold, platinum, diamonds, sapphires, rubies, zircon, rutile, sphene, and ilmenite—some of which are extracted. Both natural sand and man-made sand, produced by crushing rock, are used in construction and in the building-materials industry. Quartz sand is used as a raw material in making glass, as a component in manufacturing porcelain, earthenware, and construction ceramics, and as material for making casting molds. The quality of sand is determined by the size of its grains, its mineralogical composition, and the amount of impurities.

What does it mean when you dream about sand?

A dream about sand might relate to pleasant memories of being at the beach. Alternatively, sand can represent time—as in “the sands of time”—or the insecurity of building one’s house in the sand. Sand is also associated with deserts and the lack of nourishing water. (See also Beach, Desert).

[sand]
(geology)
Unconsolidated granular material consisting of mineral, rock, or biological fragments between 63 micrometers and 2 millimeters in diameter, usually produced primarily by the chemical or mechanical breakdown of older source rocks, but may also be formed by the direct chemical precipitation of mineral grains or by biological processes.
McGraw-Hill Dictionary of Scientific & Technical Terms, 6E, Copyright © 2003 by The McGraw-Hill Companies, Inc. 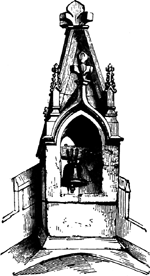 1. loose material consisting of rock or mineral grains, esp rounded grains of quartz, between 0.05 and 2 mm in diameter
2. a sandy area, esp on the seashore or in a desert
3. a greyish-yellow colour

Feedback
Flashcards & Bookmarks ?
Please log in or register to use Flashcards and Bookmarks. You can also log in with
Flashcards ?
My bookmarks ?
+ Add current page to bookmarks
Mentioned in ?
References in classic literature ?
The yellow hen flew to the sands at once, but Dorothy had to climb over the high slats.
View in context
The latter, uneasy at his master's prolonged absence, had set out after him, easily tracing him by the clear imprint of his feet in the sand, and had found him lying in a swoon.
View in context
I cannot hear it now, yet I know that far away to the south, all alone beneath the sands, it is still pounding out its vain, frantic appeal.
View in context
"I've got all I want of that blamed sand. I'm goin' to get up and start the fire."
Their fears had vanished, but the sand, receiving now their undivided attention, multiplied its unyieldingness.
View in context
Accordingly, the directors of that institution consulted many persons who were supposed to know what steps should be taken, and it was finally decided that the best protection against fire--which is what was feared--was not water but sand. To carry the scheme into practice great store of fine sea- sand--the kind that blows about and is used to fill hour-glasses-- was provided throughout the building, especially at the points liable to attack, from which it could be brought into use.
View in context
'You don't often come on to the sands, I think,' said he, 'for I have walked there many times, both morning and evening, since I came, and never seen you till now; and several times, in passing through the town, too, I have looked about for your school--but I did not think of the--Road; and once or twice I made inquiries, but without obtaining the requisite information.'
View in context
[USPRwire, Thu Jul 11 2019] Rubber Sand Market Overview Rubber sand is a premium mixture of sand infill and crumb rubber, which is a great alternative to other infill options.
Rubber Sand Market Rapidly Increasing in Size Globally : Latest Report with Current Trends and Futur
The testing of green sand with core sand dilution and other additives is based largely on work from a variety of industry experts in the last 25 years.
Green sand testing aptitude: a combination of tests can determine how core sands and recycled additives impact the properties of green sand
This time the triggering mechanism is the tremendous petroleum reserve contained in Canada's oil sands (formerly known as tar sands).
Nigeria of the north: oil sands frenzy threatens Alberta environment
That allows the bulk of the vehicle to shield the engine from blowing sand or dust.
Back to basics
When sand on the dunes moves--pushed by strong winds or even sandboarders like Beale--the grains rub together and bounce off each other.
Dune tunes