, in zoology
seal, carnivorous aquatic mammal with front and hind feet modified as flippers, or fin-feet. The name seal is sometimes applied broadly to any of the fin-footed mammals, or pinnipeds, including the walrus, the eared seals (sea lion and fur seal), and the true seals, also called earless seals, hair seals, or phocid seals. More narrowly the term is applied only to true seals. The so-called performing seal of circuses is actually a sea lion.

Most true seal species fall into one of three geographical groups: northern, antarctic, and warm-water species. Nearly all are marine, but the Baykal seal (Pusa siberica) is confined to the freshwater Lake Baykal of Siberia, and the Caspian seal (P. caspica) to the brackish Caspian Sea. In addition several populations of the normally marine harbor seals and ringed seals are found in freshwater lakes. The northern seals include two species of temperate coastal waters: the common seal, or harbor seal, of the N Atlantic and N Pacific, and the larger gray seal of the N Atlantic. The former is the only seal frequently seen off U.S. coasts. The Greenland seal, or harp seal, is found in the arctic Atlantic; the ribbon seal in the arctic Pacific. The small ringed seal and the larger bearded seal are circumpolar arctic species. Antarctic seals include the voracious leopard seal, which feeds on penguins and other sea birds, and the Ross, Weddell, and crabeater seals. The warm-water seals are the Mediterranean, Caribbean, and Hawaiian species of monk seal. A fourth group includes the elephant seal and hooded seal. There are two elephant seal species, one of the Northern and one of the Southern Hemisphere. They are distinguished by their immense size and trunklike snouts. The hooded seal, distinguished by an inflatable bladder over the snout, is found in the arctic Atlantic.

, stamp
seal, stamp made from a die or matrix of metal, a gem, or other hard substance that yields an impression on wax or other soft substance. The use of seals is very ancient, examples of great antiquity occurring in China, Egypt, Greece, Rome, and other places. The most common form was the seal ring, of which the gem formed the seal. Ecclesiastical seals, used in the 9th cent., reached their highest perfection in the 13th and 14th cent. The use of seals with emblematic designs antedates the development of the escutcheon and is therefore important in the history of heraldry. Edward the Confessor was the first English king to adopt a Great Seal for the kingdom. Heraldic or emblematic seals are in wide use by national, state, and local authorities, by institutions of all kinds, and in the certification of legal documents. A committee was appointed by the Continental Congress on July 4, 1776, to prepare a device for the Great Seal of the United States (see United States, Great Seal of the).
The Columbia Electronic Encyclopedia™ Copyright © 2022, Columbia University Press. Licensed from Columbia University Press. All rights reserved.
The following article is from The Great Soviet Encyclopedia (1979). It might be outdated or ideologically biased. 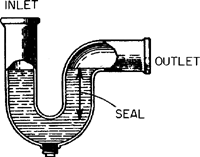 Feedback
Flashcards & Bookmarks ?
Please log in or register to use Flashcards and Bookmarks. You can also log in with
Flashcards ?
My bookmarks ?
+ Add current page to bookmarks
Mentioned in ?
References in classic literature ?
Kotick, Matkah's baby, was born in the middle of that confusion, and he was all head and shoulders, with pale, watery blue eyes, as tiny seals must be, but there was something about his coat that made his mother look at him very closely.
You mustn't swim till you're six weeks old, Or your head will be sunk by your heels; And summer gales and Killer Whales Are bad for baby seals.
Are bad for baby seals, dear rat, As bad as bad can be; But splash and grow strong, And you can't be wrong.
Little seals can no more swim than little children, but they are unhappy till they learn.
Now and then he would see a thin fin, like a big shark's fin, drifting along close to shore, and he knew that that was the Killer Whale, the Grampus, who eats young seals when he can get them; and Kotick would head for the beach like an arrow, and the fin would jig off slowly, as if it were looking for nothing at all.
My bones are aching for the land." And so they all came to the beaches where they had been born, and heard the old seals, their fathers, fighting in the rolling mist.
They came from the little village not half a mile from the sea nurseries, and they were deciding what seals they would drive up to the killing pens--for the seals were driven just like sheep--to be turned into seal-skin jackets later on.
The distance to the killing-grounds was only half a mile, but it took an hour to cover, because if the seals went too fast Kerick knew that they would get heated and then their fur would come off in patches when they were skinned.
"I suppose it is rather awful from your way of looking at it, but if you seals will come here year after year, of course the men get to know of it, and unless you can find an island where no men ever come you will always be driven."
Kotick thought that that was good advice, so he swam round to his own beach, hauled out, and slept for half an hour, twitching all over, as seals will.
So he called out: "Isn't there any place for seals to go where men don't ever come?"
There he found that no one sympathized with him in his little attempt to discover a quiet place for the seals. They told him that men had always driven the holluschickie--it was part of the day's work--and that if he did not like to see ugly things he should not have gone to the killing grounds.
View in context