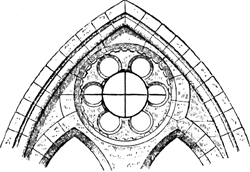 sexfoil
A foil, 1 having six points.