see aberrationaberration,
in optics, condition that causes a blurring and loss of clearness in the images produced by lenses or mirrors. Of the many types of aberration, the two most significant to the lens maker are spherical and chromatic.
..... Click the link for more information. , in optics.
The Columbia Electronic Encyclopedia™ Copyright © 2013, Columbia University Press. Licensed from Columbia University Press. All rights reserved. www.cc.columbia.edu/cu/cup/

(sfe -ră-kăl) (SA) An aberration of a spherical lens or mirror in which light rays converge not to a single point but to a series of points whose distances from the lens or mirror decrease as the light rays fall nearer the periphery of the optical element (see illustration). It is most obvious with elements of large diameter. It can be considerably reduced by using an aplanatic system, which also reduces coma, or by using a correcting plate. Paraboloid surfaces are free of spherical aberration, but not of coma. See also Schmidt telescope.
Collins Dictionary of Astronomy © Market House Books Ltd, 2006
The following article is from The Great Soviet Encyclopedia (1979). It might be outdated or ideologically biased.

a type of aberration of optical systems. In spherical aberration, rays of light that pass through an axisymmetric optical system, such as a lens, at different distances from the system’s optical axis are not brought to a common focus (Figure 1). Paraxial rays passing through the central zone h0h1 of the system come to a focus in the Gaussian image plane Oh. Rays passing through other zones, such as h1h2 and h2h3, are focused closer than the Gaussian plane in the case of converging, or positive, systems and farther away than the Gaussian plane in the case of diverging, or negative, systems.

As a result of spherical aberration, the image produced by parallel object rays on a screen perpendicular to the axis at the point O has the form not of a point but of a disk, called the circle of confusion, with a bright core and a fainter halo. When the screen is moved along the optical axis, the size of the circle of confusion 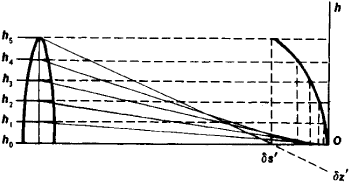 Figura 1. Spherical aberration of a converging, or positive, lens

[′sfir·ə·kəl ‚ab·ə′rā·shən]
(optics)
Aberration arising from the fact that rays which are initially at different distances from the optical axis come to a focus at different distances along the axis when they are reflected from a spherical mirror or refracted by a lens with spherical surfaces.
McGraw-Hill Dictionary of Scientific & Technical Terms, 6E, Copyright © 2003 by The McGraw-Hill Companies, Inc.

Feedback
Flashcards & Bookmarks ?
Please log in or register to use Flashcards and Bookmarks. You can also log in with
Flashcards ?
My bookmarks ?
+ Add current page to bookmarks
Mentioned in ?
References in periodicals archive ?
Hernandez, "Influence of spherical aberration, stimulus spatial frequency, and pupil apodization on subjective refractions," Ophthalmic & Physiological Optics, vol.
New Objective Refraction Metric Based on Sphere Fitting to the Wavefront
There was no significant difference between group 1 and 2 in terms of spherical aberration values recorded before surgery and on the month 1 and 2 after surgery (pgreater than 0.05) (Table-I) (Graph.2).
Comparing the effect of two different intraocular lenses on optical aberrations in bilaterally operated eyes for cataract
A number of studies have reported that overnight orthokeratology increases the RMS of higher-order aberrations, especially spherical aberration and coma aberration [8, 28, 29].
Influence of Overnight Orthokeratology on Corneal Surface Shape and Optical Quality
By controlling levels of spherical aberration in both bifocal and multifocal contact lenses, the image degradation and visual consequences of lens decentration can be minimised.
Presbyopic contact lenses
Several Hubble scientists describe the telescope's affliction as a classic case of spherical aberration. "This is what you learn about in the first optics course you take in school," Westphal says.
Mirror defect blurs Hubble's vision
Although promising clinical results, in terms of safety, stability, predictability, and efficacy [1-3], were reported, an increase in the corneal spherical aberration was still found in patients undergoing SMILE procedure [4, 5].
Corneal Spherical Aberration and Corneal Asphericity after Small Incision Lenticule Extraction and Femtosecond Laser-Assisted LASIK
Approximately 3-8% of patients implanted with monofocal IOLs will achieve good near vision (adequate for reading newspaper print) due to pseudoaccommodative effects including pupil miosis and increased depth-of-field; chromatic aberration; monochromatic higher order aberrations such as spherical aberration and coma; corneal multifocality; low myopia and against-the-rule myopic astigmatism.
IOLs: surgery and presbyopia developments
In other words, contrary to some material on the internet, a misaligned secondary mirror doesn't produce astigmatism, coma, spherical aberration, or a stock market crash.
Secondary considerations: aligning a Newtonian's diagonal mirror is not as difficult as many think
The parameters analysed included total wavefront error (WFE), total high order aberration (HOA), astigmatism, trefoil, coma, quadrafoil, secondary astigmatism, and spherical aberration. Visual acuity measurements included uncorrected distance visual acuity (UDVA) and corrected distance visual acuity (CDVA) and were assessed with the early treatment diabetic retinopathy study logarithm of the minimal angle of resolution (LogMAR) charts.
Refractive, Topographic, and Aberrometric Results at 2-Year Follow-Up for Accelerated Corneal Cross-Link for Progressive Keratoconus
However, Bausch & Lomb Biotrue ONEday and Soflens Daily Disposable could potentially improve definition by reducing the amount of spherical aberration. This relies on the patient having the average amount of spherical aberration, which is not always the case.
Daily disposable lenses: are they now for everyone?
The light path from the primary passes through the Mangin's glass and curved surface twice, correcting the primary's inherent spherical aberration. But because it is a lens as well as a mirror, it introduces some color aberration to the system.
Building my dream observatory: a veteran telescope maker spent four years building this novel 32-inch reflector and home observatory