(stē`lē), slab of stone or terra-cotta, usually oblong, set up in a vertical position, for votive or memorial purposes. Upon the slabs were carved inscriptions accompanied by ornamental designs or reliefs of particular significance. Stelae were often used as commemorative stones in ancient Egypt and as boundary markers in Mesopotamia. The marble funerary stelae of Greece, especially of Athens, are among the most beautiful monuments of classical art. Likenesses of the dead were sculptured in relief and painted upon them. Stelae of great age are found in China and among the ruins of the Mayan culture in Mexico and Central America.
The Columbia Electronic Encyclopedia™ Copyright © 2013, Columbia University Press. Licensed from Columbia University Press. All rights reserved. www.cc.columbia.edu/cu/cup/

An upright stone slab or pillar with a carved or inscribed surface, used as a monument or marker, or as a commemorative tablet in the face of a building.

in botany, the central, or axial, part of the stem and root in higher plants. The stele consists of conducting and mechanical tissues and is surrounded by a primary cortex.

an upright stone slab with an inscription or a relief. In the ancient world, particularly in Greece, steles served as gravestones. They were frequently used to mark boundaries or to commemorate an important event, for example, the issue of a new law. Today steles are often used not only for gravestones but also for monuments of all types and purposes.

[′stēl]
(botany)
The part of a plant stem including all tissues and regions of plants from the cortex inward, including the pericycle, phloem, cambium, xylem, and pith.
McGraw-Hill Dictionary of Scientific & Technical Terms, 6E, Copyright © 2003 by The McGraw-Hill Companies, Inc. 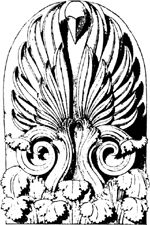 finial to a Greek stele
1. In classical architecture and derivatives, an upright stone, usually a slab, marking a grave.
2. A wall area set aside as a memorial.
McGraw-Hill Dictionary of Architecture and Construction. Copyright © 2003 by McGraw-Hill Companies, Inc.

Feedback
Flashcards & Bookmarks ?
Please log in or register to use Flashcards and Bookmarks. You can also log in with
Flashcards ?
My bookmarks ?
+ Add current page to bookmarks
Mentioned in ?
References in periodicals archive ?
Paul concluded by noting to the Senate leaders that STELAR "has not only outlived its usefulness, but also provides what amounts to a government subsidy for corporations that have no compelling reason to receive them and come at a significant cost to my constituents who are unable to receive local broadcasts."
Sen. Rand Paul: Let STELAR Sunset, Please
Walden made no direct suggestions or declarations on STELAR during his opening remarks.
Describing STELAR, Pallone noted, "Some so-called 'unserved' subscribers can't receive their local stations from an antenna because they are too far away, or they are in a media market that doesn't have a station affiliated with one or more of the 'big four' networks.
Greg Walden On STELAR Fight: 'Local Content at a Reasonable Price'
Translation: STELAR should likely given its sunset, since it is not to their benefit.
ATVA Seeks To Secure STELAR 'For Consumers'
Thus, auxin from leaf primordia may affect the expansion of the shoot and the formation of stelar gaps rather than induce vascular tissue development in fern stems (Ma & Steeves, 1992).
Anatomy and development of the fern sporophyte
Now, two key Democrats on the powerful House Energy & Commerce Committee are ready to take on the future of STELAR.
Are House Democrats Set To Sunset 'STELAR'?
Now, the NAB has an ally in the Copyright Alliance , which wants a STELAR end to the Act.
Copyright Alliance: Steadfastly Against Any STELAR Move
FCC Chairman Tom Wheeler has circulated orders and proposals to his colleagues related to the Satellite Television Extension and Localism Act Reauthorization (STELAR) Act of 2014.
Wheeler Circulates STELAR Order
15-53) stemming from implementation of the STELA Reauthorization (STELAR) passed last year.
NJBA Tries to Book STELAR Opponent
4572, the Satellite Television Extension and Localism Reauthorization Act (STELA--some call it STELAR).
APTS, ATVA, ACA commend House for passing STELA