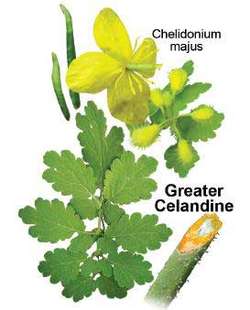 Feedback
Flashcards & Bookmarks ?
Please log in or register to use Flashcards and Bookmarks. You can also log in with
Flashcards ?
My bookmarks ?
+ Add current page to bookmarks
Mentioned in ?
References in periodicals archive ?
Plant physiologist Donna Gibson and her colleagues at the ARS unit at Ithaca analyzed extracts from roots, leaves, seeds, and shoots from pale and black swallowworts. Their previous work showed that the roots of pale swallowwort contain antofine, a compound believed to have some antifungal, antibacterial, and cytotoxic properties.
In further experiments, they exposed lettuce seedlings to a variety of swallowwort extracts and found that one of the extracts, which contained antofine, inhibited growth of lettuce roots.
One of the fungi being evaluated was found by a park naturalist in rural Monroe County, New York, who noticed an unusual dying off of a pale swallowwort population.
Understanding and controlling two invasive vines