1. a thin stick used by the conductor of an orchestra, choir, etc., to indicate rhythm or expression
2. Athletics a short bar carried by a competitor in a relay race and transferred to the next runner at the end of each stage
3. a long stick with a knob on one end, carried, twirled, and thrown up and down by a drum major or drum majorette, esp at the head of a parade

an object used for dynamic twirling exercises in performance and sport gymnastics. Batons are made of wood or of wood and metal; they consist of a stick 40 to 55 cm long, with a neck and a head. They have various designs and weigh between 400 and 500 g. Exercises with the baton contribute to the development of the shoulder muscles, the flexibility of the arm joints, and motor coordination. 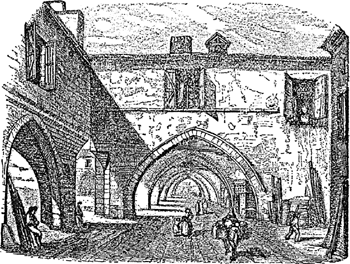 1. A narrow strip of wood applied to cover a joint along the edges of two parallel boards in the same plane.
2. A strip of wood fastened across two or more parallel boards to hold them together; also called a cross batten
3. A flat strip of wood attached to a wall as a base for lathing, plastering, etc.; also called a furring strip.
4. In roofing, a wood strip applied over boards or roof structural members; used as a base for the attachment of slate, wood, or clay-tile shingles.
5.See board and batten
6. A board usually 2 in. (5 cm) to 4 in. (10 cm) thick and usually used as a lathing support or in flooring.
7. A steel strip used to secure metal flooring on a fire escape.
8. On a theater stage, a strip of wood to frame, stiffen, or reinforce a flat, or to fasten several flats together.
9. On a theater stage, length of hollow metal of round, square, or rectangular cross section used in connection with stage rigging to hang scenery or lighting equipment, such as a pipe batten or lighting batten.