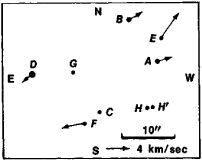 Feedback
Flashcards & Bookmarks ?
Please log in or register to use Flashcards and Bookmarks. You can also log in with
Flashcards ?
My bookmarks ?
+ Add current page to bookmarks
Mentioned in ?
References in periodicals archive ?
Similarly though, it has been shown to have high complication rates including dislocation, subsidence, erosion, and trapezial fracture.
Basal Joint Arthritis: A Review of Pathology, History, and Treatment
Two nonabsorbable sutures are placed into the deep volar capsule of the trapezial fossa for later use.
(35) Other studies, however, have shown that LRTI arthroplasty does not maintain the trapezial height as well as originally reported.
Radiographic assessment of the trapezial space before and after ligament reconstruction and tendon interposition arthroplasty.
Newest advances in the operative treatment of basal joint arthritis
This view allows for excellent radiographic visualization of all four trapezial articulations.
In 1949, Gervis described simple trapezial excision for the treatment of osteoarthritis of the TM joint.
Basal joint arthritis: diagnosis and treatment