the smallest circle in which a vehicle can turn
Collins Discovery Encyclopedia, 1st edition © HarperCollins Publishers 2005
The following article is from The Great Soviet Encyclopedia (1979). It might be outdated or ideologically biased.

(in Russian, tsirkuliatsiia sudna), the path of the center of gravity of a ship when the ship’s rudder is turned through some angle and held in that position. The Russian term tsirkuliatsiia sudna is also frequently applied to the process of turning a ship.

The turning of a ship consists of a maneuvering phase, an evolutionary phase, and a steady-state phase. The maneuvering 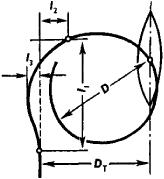 Figure 1. The turning path of a ship and the main parameters of the ship’s turning circle

phase coincides with the time interval during which the rudder is swung. The evolutionary phase lasts from the moment the rudder is held at a constant angle to the moment the elements of the ship’s motion cease changing with time. During the first two phases, the path of the ship’s center of gravity is a line of varying curvature; during the steady-state phase, the path is a circle (Figure 1).

[′tərn·iŋ ‚sər·kəl]
(navigation)
The path approximating a circle of 360° or more described by the pivot point of the ship as it makes a turn.
McGraw-Hill Dictionary of Scientific & Technical Terms, 6E, Copyright © 2003 by The McGraw-Hill Companies, Inc.

Feedback
Flashcards & Bookmarks ?
Please log in or register to use Flashcards and Bookmarks. You can also log in with
Flashcards ?
My bookmarks ?
+ Add current page to bookmarks
Mentioned in ?
References in periodicals archive ?
New plans also show the proposal to create a turning circle for large vehicles and limousines on Gurney Street, which would mean removing the kerb and some of the paved area in front of what is currently the Smoggy Scholar pub.
Plans for 'limo turning circle' and more parking at giant new hotel in Middlesbrough; Best Western will redevelop Vancouver House with 104 rooms, 71 apartments and a number of banqueting halls
In a car with a smallish engine up front, turning circles are often compromised by the amount of underbonnet real estate the front wheels have to move in.
One litre may be too much
This means more space for passengers and a tiny turning circle, which makes it easy to get in and out of tight spaces.
Twingo-ing it alone
Transport for London regulations will be adhered to as the taxi has a 25-foot turning circle. There is a 1.6 litre petrol engine and an automatic gearbox.
Is Nissan changing the face of London?
Once you understand the turning circle and what part or parts you wish to use, and how it relates to the maneuvers required, you will then understand the philosophy: Start at a known point, do a known maneuver, and you will get a known result plus or minus some possible wind effect, and even that can be improved with a guess at a wind correction based on the reported winds.
Simplified circling: easy to practice--who can't circle in VMC?--but scary at minimums, a circle to land doesn't have to be difficult
The result is a turning circle radius of just 2.6 metres.
Tata Pixel with Nano engine for Europe
The system can automate the control of the rear independent brake control to reduce the tractor's turning circle by as much as 50 percent over the standard T7 for field operations.
ABS SuperSteer[TM] for New Holland T7
The hatchback features a 1.5-litre engine, high levels of safety equipment, including dual airbags, and has also been specifically engineered to provide the driver with nimble handling and a best-in-class turning circle, ideal for city driving.
Colourful launch for Nissan Micra
For the handyman flitting around the suburbs and commercial complexes the Nissan is near ideal with its raised seating position, tight turning circle, light steering and sensible access.
It's the light vantastic; Nissan NV200 SE panel van
Just for the fun of it Googling a runner Turning Circle 4.05 Southwell One for all London black cab drivers, who need only 25ft (8m) to turn their vehicles around.
HORSE PLAY
According to the expert, a driver simply has to gauge the radius of his/her car's turning circle and the distance between the vehicle's front and back wheels.
The perfect car parking plan developed
The H3 V8's other best in-class off-road features include the steepest approach and departure angles, tightest turning circle and lowest idle speed gearing, a statement said.
New Hummer H3 V8 launched