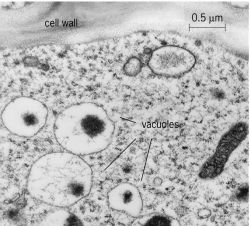 [′vak·yə‚wōl]
(cell and molecular biology)
A membrane-bound cavity within a cell; may function in digestion, storage, secretion, or excretion.
(geology)
vesicle